The Board of Directors of the Fernando Award Foundation is pleased to announce the five finalists for this year’s award honoring volunteer service in the San Fernando Valley. During the Annual Gala Awards Ceremony on November 5, 2021, one of these nominees will be chosen for the award exemplifying outstanding service to the community. The five finalists are:

Tamara Gurney, President, CEO, Mission Valley Bank. Nominated by Charles Crumpley and Marianne Haver Hill.
Tamara has helped countless small businesses in the Valley stay in business by offering financing when they couldn’t get it anywhere else especially during the recent pandemic. She also helped establish the Community Foundation of the Valleys (CFV) and has been actively involved with The Valley Economic Alliance, Valley Economic Development Corp. and Santa Clarita Valley Economic Development Corp. as well as the Boys & Girls Club of Santa Clarita.

Carol Loweree, North Valley Regional Chamber of Commerce. Nominated by Nancy Cartwright and North Valley Regional Chamber of Commerce.
Carol is a big part of the chamber’s efforts to connect its members with schools in the community and has tutored hundreds of at-risk kids. She has volunteered with several local organizations and causes including LAPD programs, San Fernando Coalition on Gangs and the Parents Center at Glenwood Elementary and East Valley High.

Diana Sanchez, Public & Community Relations Director, Los Angeles World Airports-Van Nuys. Nominated by Encino Chamber of Commerce and Mid-Valley YMCA.
According to one associate, Diana is “the consummate volunteer that every organization wishes they could clone.” She is always the first to volunteer for a project or event. She has been involved with many organizations including the Mid-Valley YMCA, Encino Chamber of Commerce, Valley Presbyterian Hospital, Valley Family Center, Greater San Fernando Valley Chamber of Commerce, The Valley Economic Alliance, Greater Van Nuys Rotary and Valley Cultural Center.

Kathleen Sterling, Publisher, Valley News Group. Nominated by Sherry Keowen and Gail Brow.
Through her four newspapers, Sterling supports almost every non-profit in the Valley – donating both ad and editorial space to promote their programs and events and gets the word out about important issues. She has also been a volunteer for local organizations such as Valley Cultural Center, American Heart Association, Louisville High School, Valley Women’s Center and Pacific Lodge Boys Home.

“It’s always challenging to identify the five finalists who will be this year’s Fernando Award recipient. However, this year was exceptionally challenging with 17 impressive nominees,” said David Honda and Marian Jocz, selection committee members. “On behalf of the Fernando board of directors, we congratulate the five finalists and thank the members of the Finalist Selection Committee.” Other selection committee members were Thomas Backer, Fred Gaines, Cathy Galarneau, Sarah Horvet and Mark Levinson.

“It’s a tremendous honor to be a part of the selection process; every member of the committee feels the same way. The caliber and accomplishments of each nominee is both impressive and inspiring, and a true reflection of how fortunate the Valley is to have such passionate and selfless people, volunteering and leading by example,” said Cathy Galarneau of Tierra del Sol Foundation and a member of this year’s finalist selection committee.

The five finalists were chosen from 17 nominations, one of the largest group of nominees the organization has ever received. The other nominees are:

Kim Guard of Express Employment Professionals, nominated by Ascencia and The Campbell Center.

Jorge Rabaso of Office of Jorge Rabaso, nominated by New Economics for Women and Alex Guerrero. 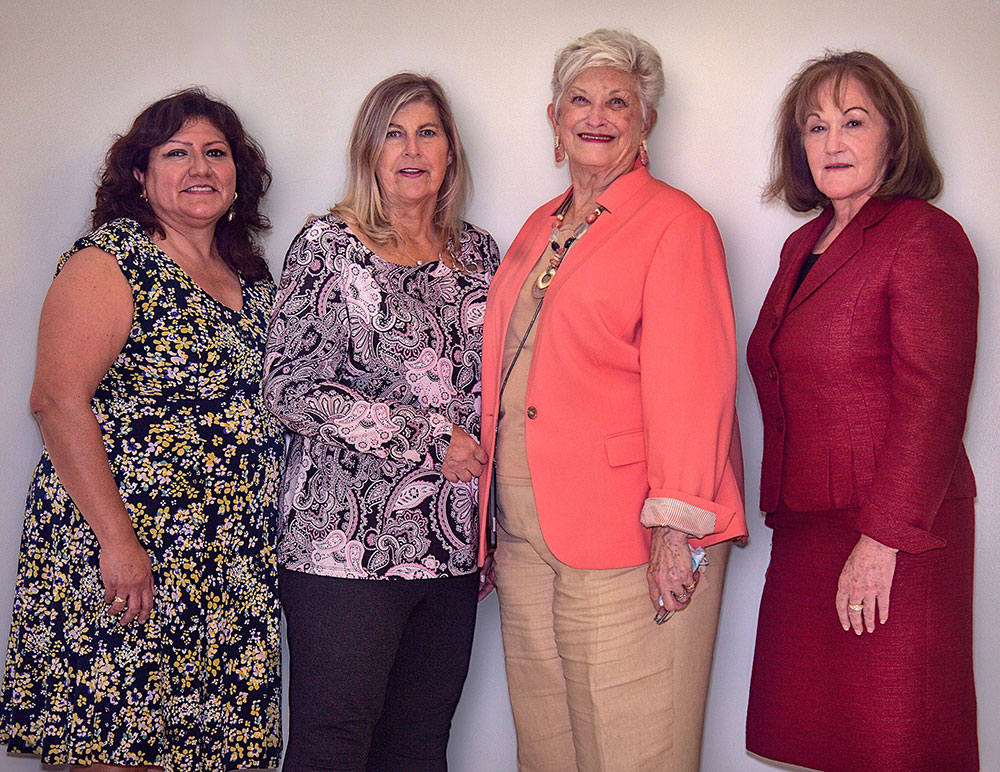