Carol is a big part of the chamber’s efforts to connect its members with schools in the community and has tutored hundreds of at-risk kids. She has volunteered with several local organizations and causes including LAPD programs, San Fernando Coalition on Gangs and the Parents Center at Glenwood Elementary and East Valley High. 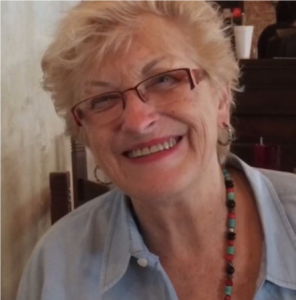 Louise has many decades of service at many local non-profits. Her role as a mentor at the San Fernando Community Health Center has helped that organization grow. Other non-profits she has served include The Valley Economic Alliance, Century Housing Corp, Salvation Army, Shelter Partnership, Harry Pregerson Childcare Center, Mission Community Hospital and Boys & Girls Club Los Angeles.

According to one associate, Diana is “the consummate volunteer that every organization wishes they could clone.” She is always the first to volunteer for a project or event. She has been involved with many organizations including the Mid-Valley YMCA, Encino Chamber of Commerce, Valley Presbyterian Hospital, Valley Family Center, Greater San Fernando Valley Chamber of Commerce, The Valley Economic Alliance, Greater Van Nuys Rotary and Valley Cultural Center.

Through her four newspapers, Sterling supports almost every non-profit in the Valley – donating both ad and editorial space to promote their programs and events and gets the word out about important issues. She has also been a volunteer for local organizations such as Valley Cultural Center, American Heart Association, Louisville High School, Valley Women’s Center and Pacific Lodge Boys Home.