The prestigious award, presented at the Valley Performing Arts Center at Cal State Northridge, is the highest award for volunteerism in the greater San Fernando Valley. This year’s theme was “Pay it Forward.”

“I’m shocked, surprised and incredibly, incredibly honored,” Levinson said upon receiving the award on stage. “I’d like to thank the Fernando organization and everyone involved with it for this incredible honor.”

Levinson, who was selected out of a dozen nominees, also thanked his wife, Fay, for all the times “she allowed me to perform services, gratefully, for our community.”

Saturday night’s event was emceed by 2013 Fernando Award recipient Nancy Cartwright, who was the voice of Bart Simpson in “The Simpsons” animated comedy series and was also given the title of honorary mayor of Northridge in 2005. State Treasurer John Chiang spoke while Grammy-nominated pianist Freddie Ravel and the San Fernando Valley Taiko Drummers performed.

“The acts of kindness, altruism, volunteering for community, service above self — that’s what Mark really embodies,” David Honda, president of the Fernando Award Foundation, said Sunday. “That’s what all our nominees are.”

Read the rest of this article at the Daily News. 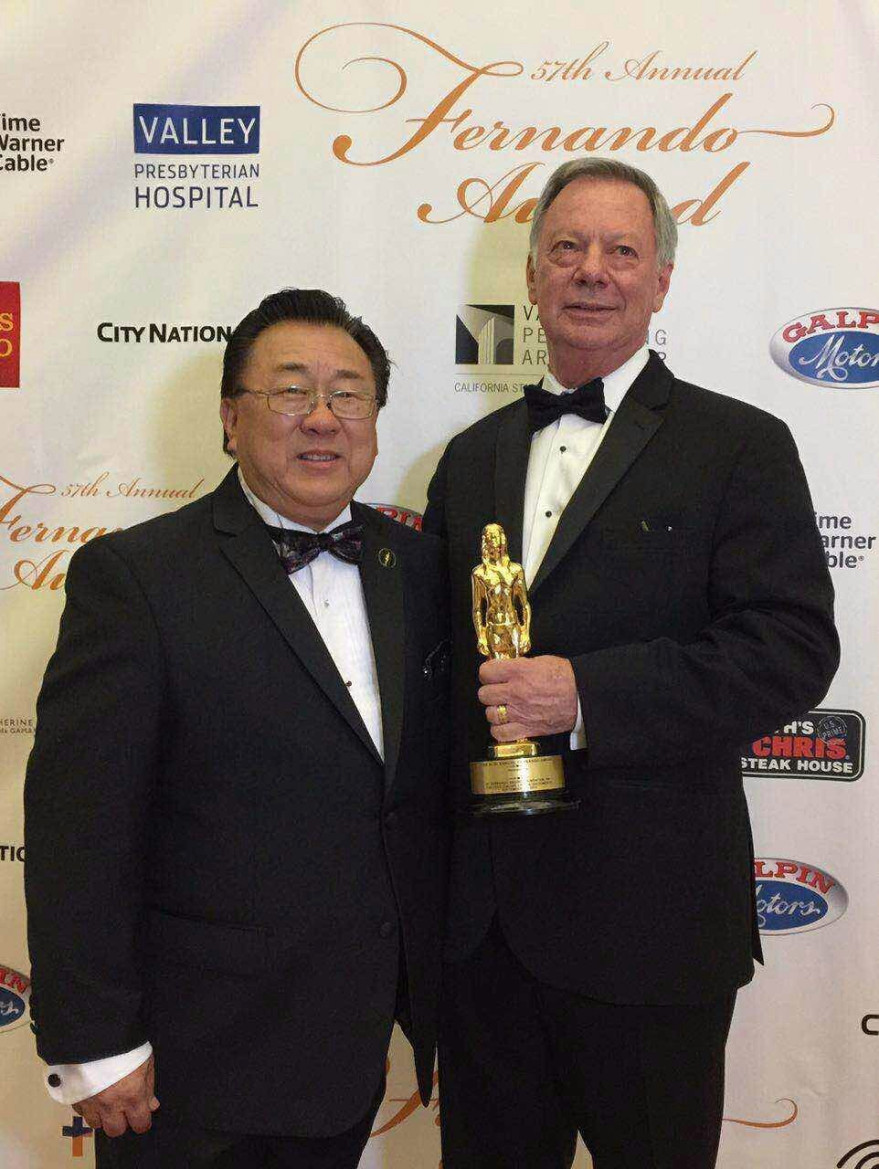